To share your memory on the wall of Laurence Connolly, sign in using one of the following options:

The gesture that can change the world

He was a loyal volunteer of the Twin Cities Marathon, Muscular Dystrophy Association, the Metrodome First Aid team, Mound Police Reserves, and the Hennepin County Water Patrol for many years.

His favorite pastime later in life was spoiling his grandchildren. He was the proud grandpa of five grandchildren. They couldn't go to his house without coming home with something that he had given them. He was always thinking of them and looking for ways to put a smile on their faces.

Provide comfort for the family by sending flowers

We encourage you to share your most beloved memories of Laurence here, so that the family and other loved ones can always see it. You can upload cherished photographs, or share your favorite stories, and can even comment on those shared by others.

Posted Feb 05, 2020 at 12:28pm
Wishing you peace to bring comfort, courage to face the days ahead and loving memories to forever hold in your hearts.

Flowers were purchased for the family of Laurence Connolly. Send Flowers

The FTD Cherished Farewell Arrangement was purchased for the family of Laurence Connolly. Send Flowers 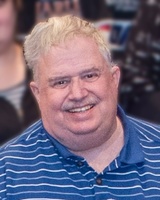