To share your memory on the wall of Judith Wilcock, sign in using one of the following options:

We encourage you to share your most beloved memories of Judith here, so that the family and other loved ones can always see it. You can upload cherished photographs, or share your favorite stories, and can even comment on those shared by others.

Posted Jul 08, 2020 at 02:33pm
Our thoughts and prayers are with you. We hope this beautiful tree will be a reminder of the beauty and grace that is Judy Wilcock.

Posted Jul 08, 2020 at 02:25pm
Judy truly was one of the kindest, gentlest, most caring people I've ever known. I wish I had been able to spend more time with her. I was always impressed with her intelligence and faith. Her family and community will miss her positive influence. I pray her family will be comforted during this challenging time.
Kevin Shurtleff
Comment Share
Share via:
BK

Posted Jul 08, 2020 at 01:00pm
Our family is sorry that we can't be there in person. We have such great memories of Aunt Judy and want to send all of our love and prayers to you.

Flowers were purchased and a memorial tree planted for the family of Judith Wilcock. Send Flowers 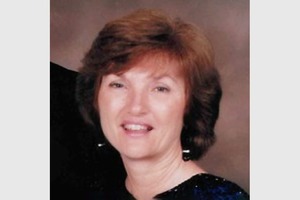